How to Deal With Condensation in Your Home

When trying to figure out how to deal with condensation in your home the first question you need to ask is do I have a damp problem or a condensation problem?

This can be a difficult question to answer as it will depend on hundreds of different variables and each property will have different issues. So, rather than try to explain everything in one article (when I’d need an entire book), I’ll just cover the basics points here.

How do you know if you've got damp or condensation?

Over my years of carrying our property surveys I’ve lost count of the number of homeowners who swear blind that they’ve got a “damp problem” when they’ve actually got a condensation problem.

But how can you tell the difference?

A good starting point is to look where the problem is. If the “damp” problem is below 1m from the ground floor level it could be rising damp. Or if it’s in an area near leaking down pipes, gutters or cracks in the fabric of the building it could be penetrating damp.

So initially, look to see if there's anything obvious that could be allowing moisture to get into the fabric of the building; such as:

Do you have black mould?

If you’ve got black mould then there's a good chance you're dealing with a condensation problem. But this is not always the case!

You’ll probably notice the first sign of mould up in the corners of rooms such as your bedroom or bathroom. Or if you pull your wardrobe or bed away from the wall you may see evidence of black mould on the walls.

Another common location to find mould growth is on window frames.

How to deal with condensation and/or black mould:

Once you’ve established that black mould is present the most common solution I see people using is to buy a bleach product and wash the mould away. This will work in the short term but you'll have to keep doing it as you haven't dealt with the cause!

Sure it’ll kill the mould for a while but if you don’t cure the problem then the mould will just grow back again. Read my article on removing black mould for the full story.

But as the mould grows on moisture left by condensation you really need to learn how to deal with condensation so that it doesn't come back again once you've got rid of it.

Condensation can be difficult to eradicate but you can reduce it significantly with a few lifestyle changes. It's also worth getting to know what dew point is and once you understand it you can see how to reduce its effect.

Below I'll start with the cheapest options and I'll work my way up towards the more expensive solutions.

How to deal with condensation in buildings - Conclusion:

Condensation on windows and other parts of your home stems from water vapour condensing on cold surfaces. So when trying to decide how to deal with condensation in buildings, if you can warm the internal surfaces of your home either by increasing the heat or insulating them you‘ll reduce the occurrence of condensation.

Or you could try to remove the moisture laden stale air from your home and replace it with fresh air by installing a good quality ventilation system.

The secret when trying to figure out how to deal with condensation is to try to achieve the above solutions in a cost effective and sustainable way. 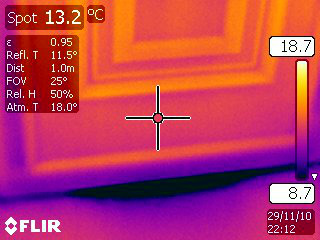 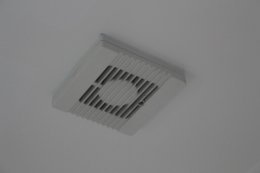 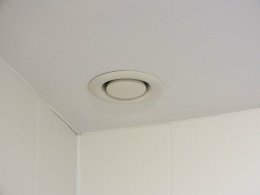